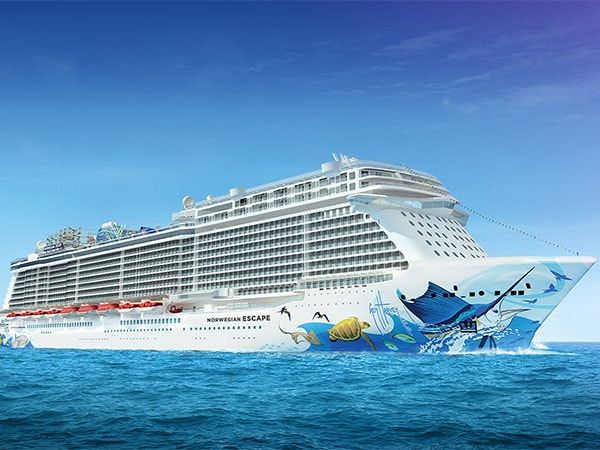 Norwegian Escape, the first in the line’s Breakaway Plus class, Norwegian Escape will sail weekly seven-day cruises from her year-round homeport of Miami to the Eastern Caribbean beginning on November 14, 2015. The 164,600 gross ton ship will be the largest ever to home port year-round in Miami, carrying 4,200 guests. Accommodations include the company’s signature luxury ship–within-a-ship complex: The Haven by Norwegian; along with Studios, designed and priced for solo travellers; and many options for families, multi-generational groups, spa enthusiasts and more. Norwegian Escape’s dining and entertainment will include outposts of several popular land-based outlets, including the first-ever floating Jimmy Buffett’s Margaritaville restaurant and Miami’s oldest and most legendary bar, Tobacco Road. Norwegian Escape will also feature the 5 O’Clock Somewhere Bar, a music venue and outdoor bar on The Waterfront that will feature live nightly performances where guests can enjoy the sounds of the tropics.