European Cities To Visit in Autumn 2022

There’s no better time, to visit Amsterdam, Turin or even Belgium than the Autumn season, observing the leaves changing colour and the colder temperatures setting in. Travellers can relax and unwind as the summer season fades away making way for the Autumn / Winter season to appear. 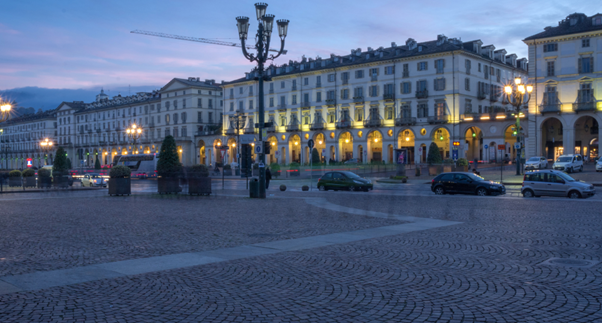 Often disregarded when it comes to Italy’s tourist hotspots, Turin is one of Italy’s best destinations. Offering historic baroque architecture, world class museums and numerous restaurants with delicious local cuisine available. The city is home to Italy’s finest chocolate this includes Nutella and Ferrero Rocher. Turin is that gateway to Italy from France, the city is easily connected to cities situated in the French Alps, Swiss Alps, Geneva, and other Italian hubs. Early Autumn is the ideal time to visit the city as the temperatures range from 23 to 14 degrees, making it the perfect time for an Italian city break. 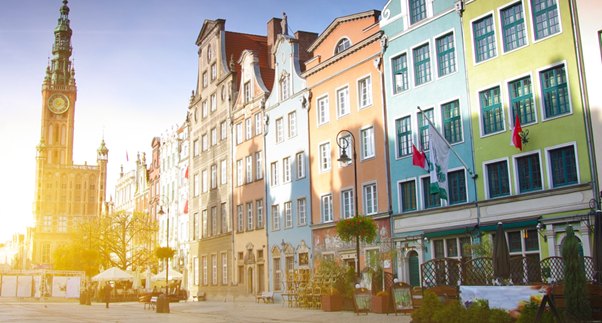 Those who visit Gdansk can bear witness to the darker evenings and the temperatures dropping, it’s what the locals refer to as Ztota Polska Jesien translated to Golden Polish Autumn. With less tourists around, the city is much quieter and local businesses offer reduced prices because of the drop in visitors to the location. A convenient way to travel around the city Is by renting a bike, as Gdansk is quite flat a bike ride is an efficient method of travelling around the city. 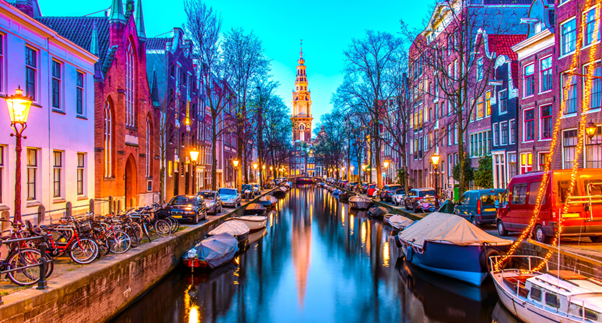 A popular destination all year round, but especially in the Autumn Amsterdam stands out as a city that thrives in the Autumn / Winter season. Walking by the orange hued tree’s lining the iconic canal and visiting the local Vondelpark to observe the autumnal season taking effect. Offering many picturesque moments for locals and tourists alike to take advantage of during their visit. Amsterdam has numerous annual festivals during the autumn season including music, food, and film. One of the most popular festivals is Amsterdam Dance Event that attracts thousands of electronic music fans from all around the world. To escape the cooler temperatures in the evenings, tourists can visit the many cozy cafes to relax in with a hot beverage to enjoy. 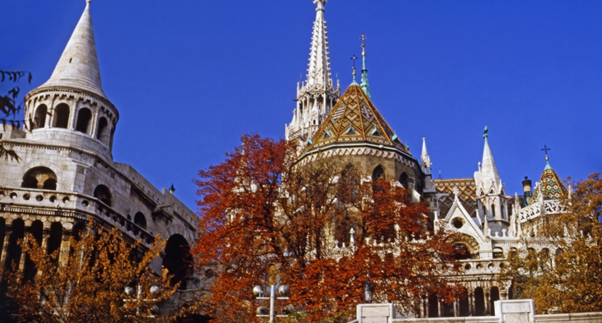 Budapest is in full bloom during the Autumn season, many tourists decide to visit the Hungarian capital. Most likely due to the local arts scene, culinary offerings available and the city’s landmarks do glow in the autumn sun. The Budapest foliage evolution is an extraordinary sight, local parks are fill of fallen leaves with large sculptures feature at Memento Park. Enjoy a sip or two at the Italian Riesling Festival in October, where over 200 Rhine and Italian Rieslings will battle to win the ultimate first place prize. As the city is much quieter during the Autumn season, some locals visit the iconic bath houses for an authentic Hungarian restorative experience. 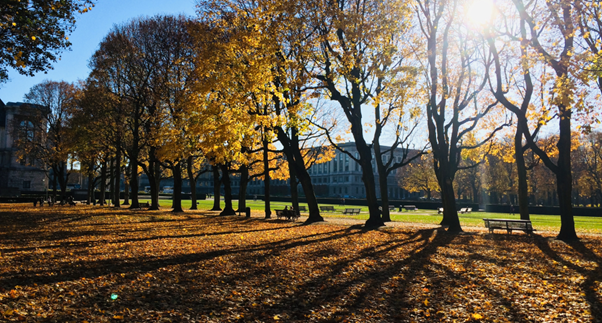 Famous for its culinary delights, such as waffles, beer and fries, Autumn is the ideal time to visit the city of Belgium. Bruges is a remarkable town to visit during the Autumn season, as the vibrant foliage provides a perfect backdrop for many photo moments. Experience the annual event held in the city of Ghent in Belgium, showcasing classical and world music. Consisting of over 18 concerts featuring over 1,500 musicians and artists, ending with fireworks show for guests to enjoy. Taste the infamous Belgian waffles with various toppings such as fresh fruit to Nutella, then pair with a local Belgian beer to sip alongside. When visiting the popular nearby attractions, ensure to visit in the morning or later in the afternoon to avoid the excessive crowds.

Brighten up your Autumn 2022 season with a European city break to any of these picturesque destinations. To book now, visit www.e-travel.ie or call 01 4081999.